The 9/11 NEVER FORGET Mobile Exhibit was created in 2013 by the Stephen Siller Tunnel to Towers Foundation, an organization founded by the Siller family to honor the memory and carry on the legacy of their brother, Stephen. Stephen was a New York City firefighter (FDNY) who strapped 60 lbs. of gear to his back and rushed on foot through the Brooklyn Battery Tunnel to the Twin Towers on September 11, 2001, where he gave up his life while saving others.

Welcomed around the country, from communities in Phoenix, Arizona to Tampa, Florida and beyond, the 9/11 NEVER FORGET Mobile Exhibit serves as a poignant reminder of that day while educating the public about what took place and the ultimate sacrifice so many made. The exhibit includes artifacts, including actual steel beams from the towers, documentary video, recordings of first-responder radio transmissions, as well as guided tours by FDNY firefighters and informative timelines provided by the 9/11 Tribute Center.
The 9/11 NEVER FORGET Mobile Exhibit has traveled to 28 US states and Canada, has welcomed in over 250,000 people to date. The exhibit will be open to the public at The Mall at Rockingham Park from 1:00p.m. – 6:00p.m. Tuesday, September 19 and Thursday, September 21; 3:00p.m. – 6:00p.m. Wednesday, September 20; and from 9:00a.m. – 8:00p.m. on Friday and Saturday, September 22 and 23. Entrance is free of charge.
For more information about the Tunnel to Towers Foundation visit https://tunnel2towers.org/stephens-story/. 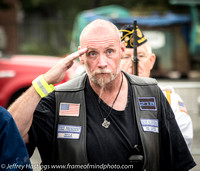 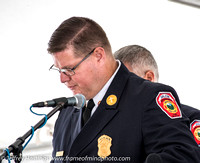