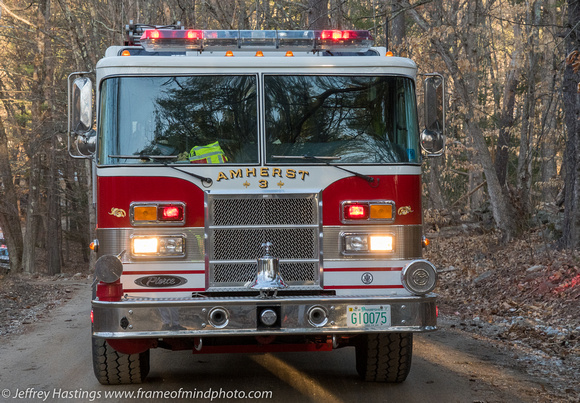 AMHERST, NH - Amherst fire was responded to a reported chimney fire at 4 Stockwell Road on Saturday. The caller reported flames coming from the top of a chimney of a single-family house at 7:00 a.m.

Amherst fire arrived at a chimney fire that appeared to be mostly contained inside the chimney. A ladder truck was extended to the roof where crews found the fire had extended from the chimney to the building materials surrounding the chimney.

Amherst Chief Matthew Conley said that the majority of the fire was contained inside the chimney with minor extension to the building materials. Firefighters were able to check the walls in the structure for temperature levels to make sure there was no other extension. The residents of the house will be not be displaced and will be able to return to the house.

Several towns including Bedford, Merrimack, and Milford responded to the scene or to provide coverage at Amherst fire stations.