Number/Type Apparatus: Engine 2, Truck 6, Rescue 1, District Chief 2.
In addition, resources from multiple departments were involved in the treatment of the students and of the mitigation of the incident. See the notes under remarks.


Incident Summary:MFD dispatch received 911 call from West High for a report of a strong chemical odor throughout the building and that several students were feeling ill. MFD responded, identified a strong chemical odor throughout and assisted school personnel in carrying out their evacuation plan to remove all students and staff to the exterior. Approximately 950 students and staff evacuated the school in an orderly manner to the athletic fields adjacent to the school. An EMS sector was established and the two local hospitals were put on standby in the case that a large amout of students needed to be treated. EMS personnel from both MFD & AMR evaluated 30 students, one of which was transported to a local hospital. One member of the faculty was also seen at a local hospital for symptoms related to the release. Firefighters were in contact with the product manufacturer and determined that the product in question, which is a floor care product, was an irritant that may cause dizziness and nausea with exposure to the fumes. Firefighters monitored all areas of the building and mechanically ventilated the work area (gym) and areas surrounding the gymnasium. Before firefighters cleared the scene all areas were at zero readings on the monitoring instruments.

Any Special Features:950 students & staff evacuated in an orderly and timely manner due in part to the West High School staff carrying out their evacuation plan efficiently and orderly. 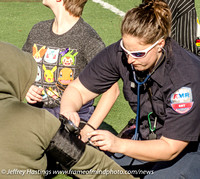 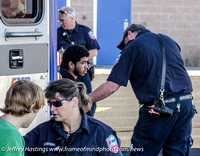 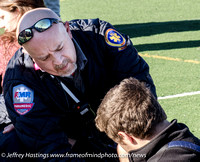 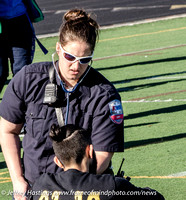 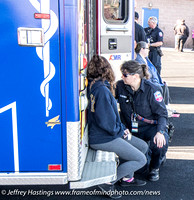 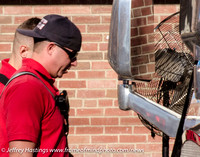