BEDFORD, NH — On January 27, 2022 Bedford fire, and police responded to a reported structure fire at 21 Oriole Drive on Thursday.

While en route, responders were advised that the garage attached to the house was fully engulfed in fire, and the cars in the garage were burning. The first arriving fire crews immediately requested a second alarm for manpower and water supply at about 8:45 p.m.

Several surrounding towns and cities responded with apparatus, including engines and tankers to provide water. Firefighters were able to verify everyone in the house had safely escaped and were outside.

The garage immediately collapsed and fire extended to the house. A Bedford ladder truck was set up in the driveway to use a water stream to try to protect the fire from spreading to the house.

A car that was in the garage created a stubborn fire to fight. Firefighters used dry chemical fire extinguishers and attempted to smother the fire with water but the car continued to burn for nearly two hours.

There were no injuries to firefighters or civilians. The fire was brought under control around 11 p.m.. Bedford Fire said the investigation showed the fire appears to have started accidentally. 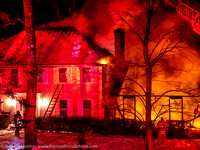 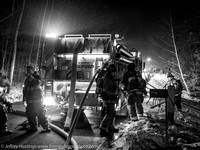 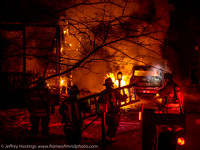 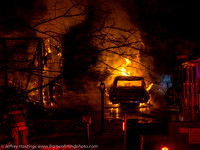 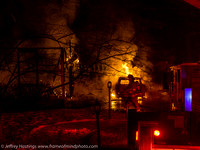 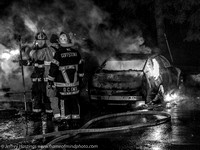 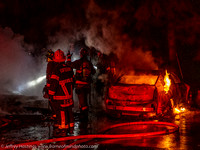 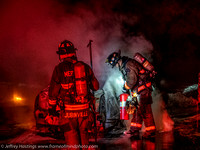 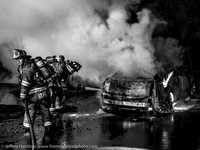 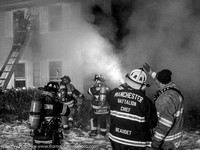 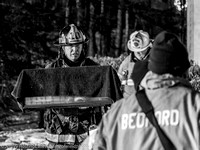 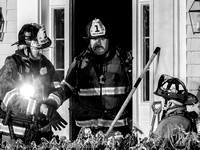