BROOKLINE, NH — A barn fire that started November 10, 2020 quickly developed into a blaze that required assistance from 15 departments in two states and injured a firefighter, Brookline fire officials said.

Upon arrival at around 11 a.m., fire crews had heavy fire showing from the barn which was attached to a residential structure. A second alarm was immediately requested for personnel and water supply. Crews utilized hose lines to try to protect the residential part of the structure. A metal roof on the barn and residence kept the heat and fire inside the structure adding difficulty.

Initial reports are the residential part of the structure appears to have smoke and water damage, but not significant fire damage. Fire departments from 15 towns and cities from New Hampshire and Massachusetts responded to the fire. Water supplies normally available were not fully available due to the current drought conditions in New Hampshire.

A third alarm was requested for additional engines and tanker to provide water to the scene where there are no hydrants. Multiple ambulances were requested from several New Hampshire and Massachusetts departments due to the amount of firefighters on scene. One firefighter was transported from the scene in a Brookline ambulance with unknown injuries, however he walked to the waiting ambulance.

A fourth alarm was requested after the bulk of the fire was knocked down. The fourth alarm brought additional manpower for extensive overhaul. Crews are still on scene and an excavator is being brought in to remove parts of the barn to allow the fire to be fully extinguished. 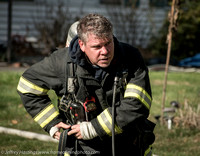 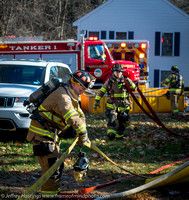 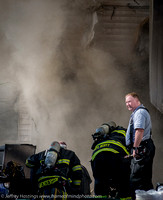 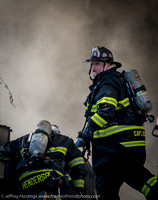 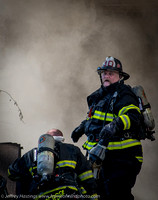 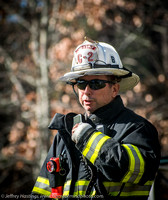 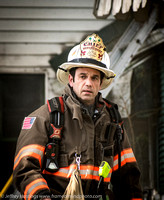 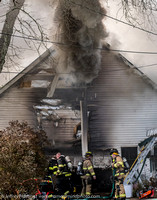 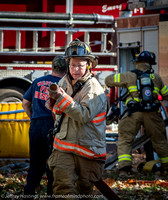