Manchester NH - On April 27th, members of the DEA, MPD, and MFD made entry to the building at 50 Sentinel Court, and then made forceable entry in to an apartment. All members of the team wore full hazardous material suits and breathing apparatus. MFD Rescue 1 staged with the Haz Mat trailer, Engine 8 and 9 staged, and AMR ALS and Supervisor staged while entry was made.

According to Jon Delana of the DEA there will not be any specific press release about this operation.

This type of response, and team is generally used for dangerous situations such as meth labs. Also it is unknown if this is in any way related to the recent break out of Carfentanil which has now hit Manchester, NH. NH is the first state in New England to have documented deaths from the dangerous drug.

*** Photos were with held from posting to cooperate with authorities as they continued the operation. Some photos have faces blocked due to the confidentiality of the law enforcement officials involved. 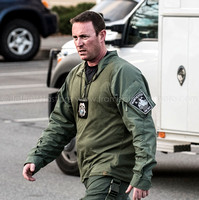 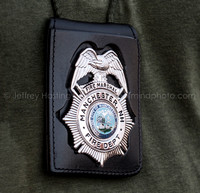