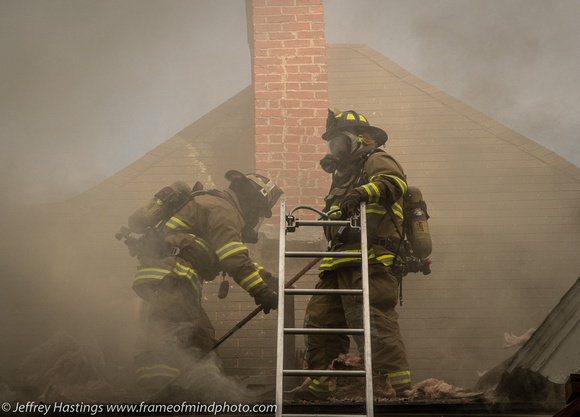 The initial dispatch included 3 engines, 1 ladder, 1 ambulance and a battalion chief. Initial companies arrived within 5 minutes to find heavy fire at the rear of the building.

Residents self-evacuated prior to our arrival. Heavy fire was also present on the first and second floors as well as the attic.

Locating the fire in hidden void spaces was exceptionally challenging and extra resources were called to the scene due to warm weather conditions.

Three alarms were called to bring this fire under control in approximately 90 minutes. The home sustained significant heat and smoke damage throughout and was deemed uninhabitable.

There were no injuries to civilians and one firefighter sustained a minor ankle injury.

The cause of the fire is under investigation by the Derry Fire Department Fire Prevention Bureau. The American Red Cross is assisting those displaced.