DERRY, NH - On January 13, 2021 Derry Fire Department responded to a reported basement fire at 59 Franklin St at 1:07 pm. While en route it was reported the house was filling with smoke but all people were outside.
First arriving crews reported smoke coming from the left side of the house. Crews stretched hose lines and set up a ladder truck as they searched for the location of the active fire.
A working fire status was called bringing additional apparatus to the scene and to Derry fire stations for mutual aid coverage.
Fire conditions were found in the basement, and the fire was knocked down quickly.
Fire crews using thermal cameras located the possible fire in the wall of the first and second floor and extinguished it. Fans were set up to eject smoke from the building.
One of two dogs ran from the house and was located a short time later in the neighborhood. A second dog was brought out with a leash. One cat that was in the house is unaccounted for at this time.
The fire is being investigated by the Derry Fire Department, initial indications point to a possible electrical issue. No one was injured in the fire.
©Jeffrey Hastings www.frameofmindphoto.com/news 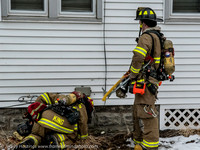 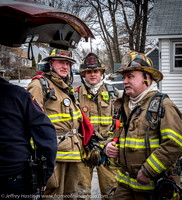 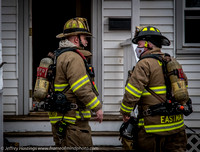 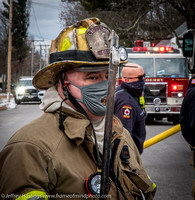 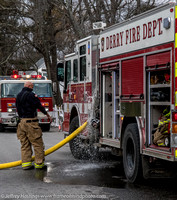 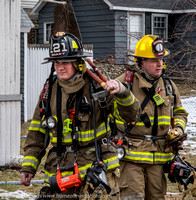 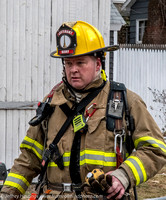 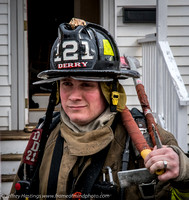