The Epping Fire Department and surrounding mutual aid towns responded to a reported structure fire on Saturday, March 7, 2020 at 76 Prescott Road at 10:03 a.m. The first arriving Engine on scene reported a single story 20x30 wood frame building fully involved. All occupants were out of the house and a defensive operation was quickly set up by the officer in charge. Additional towns were called in bringing in a total of 10 towns.

The homeowner, Keith True and his wife, were not home at the time the fire started. Unfortunately 5 pets were in the house and did not survive. The fire is currently under investigation but did not appear suspicious in nature. The home is a total loss, value is undetermined at this time. 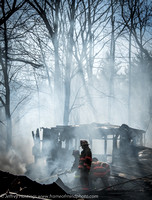 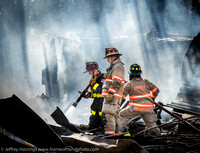 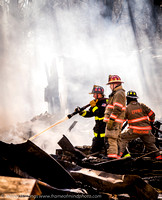