Fitzwilliam, NH - Fitzwilliam Fire Department and surrounding towns responded to a report of a person on fire at 296 Royalston Rd at approx 9am Sunday March 8, 2020.

Fitzwilliam Fire arrived on scene wishing 4 minutes and had fire and smoke showing, and called for a second alarm and reported burn victims. A medical helicopter was also requested, but later cancelled. 10 towns from NH and MA were involved in Mutual aid providing assistance at the scene, setting up water supply, and providing station coverage.

NH State Fire Marshal Paul Parisi confirmed one elderly male was deceased on scene, and an elderly female was transported to Cheshire Medical Center with what are believed to be non life threatening injuries.

Parisi who was on scene with other investigators from the NH Fire Marshal’s office reported the fire is under investigation and no cause or origin has been determined. An autopsy will be performed on the victim by the NH State Medical Examiners Office.

Unfortunately one K9 and four cats perished in the fire. 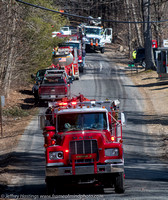 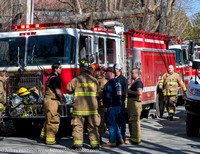 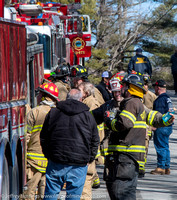 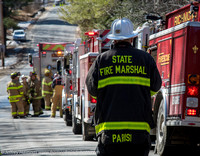 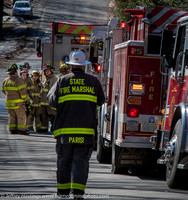