Coty A Bourke was in weekly drug court at the Hillsborough County Court in Manchester. All drug court participants face sanctions for violations of the rules, and have felony-level charges pending in most cases if they fail at the drug court process.

On Tuesday Coty Bourque was in court and faced sentencing when he ran from the courtroom and fled the Hillsborough County Sheriffs staffing the court.

Bourke was not in custody at the time, but fled when the sentencing was being handed down which would have resulted in him being transported to jail.

Members of the Hillsborough County Sheriff's office checked addresses on Central Street, and surrounded a building on Country Club Drive.

Sheriffs were led to a building near the corner of South Main and West Hancock via information from pings coming from his phone. Multiple units surrounded the building making entry. It was then discovered he had broken into a building next door on West Hancock where he was captured. 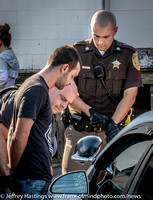 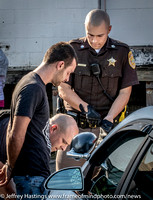