2-Alarm Fire Heavily Damages Hooksett House
Hooksett, NH - Hooksett Fire, and Manchester Fire were dispatched to 14 Farmer Rd at 1:12 am for a building fire. While in route they were advised the single-family house had heavy fire and was occupied. HFD arrived to the left side of the structure fully engulfed in flames and the occupants self evacuating. HFD called for a second alarm bringing mutual aid from several towns to the scene and to cover HFD stations.
The occupants were able to rescue a cat that was provided oxygen by the medics of an AMR ambulance which responded from Manchester.
The fire heavily damaged the house and is under investigation by Hooksett Fire.
©Jeffrey Hastings www.frameofmindphoto.com/news 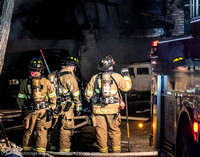 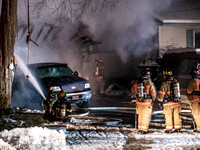 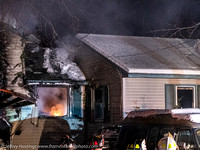 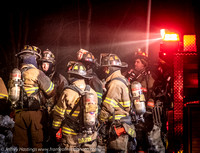 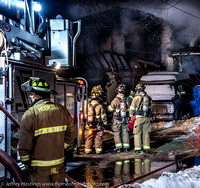 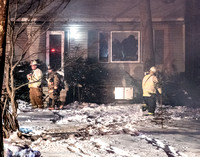