Hollis, NH - Hollis Fire responded to 201 Wheeler Rd Shortly after 2 pm on Saturday for a reported fire. On arrival, Hollis Chief Rick Towne had smoke showing from the rood of a single-family occupied house.

The fire was discovered in the attic of the house and according to Chief Towne it appears it started over a heat lamp mounted in the ceiling. The fire appears to have been smoldering for an extended time. The homeowners were home at the time and smelled something burning according to Chief Towne, and then reported the fire. No residents or firefighters were injured.

Brookline, NH fire was called to the scene to assist Hollis, and then re-routed for station coverage. 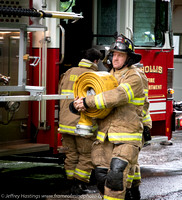 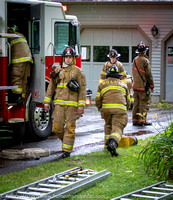