Sunday morning at 5 a.m. veterans who served their country arrived at the Manchester-Boston Regional Airport, welcomed by several people.

The veterans are part of Honor Flight New England, an organization that coordinates flights to Washington DC to view the memorials and see important sites.

Firefighters from Manchester and Londonderry set up two ladder trucks with a large American flag for the buses to drive under.

The buses were escorted to Boston Logan Airport where the veterans will board a plane and fly to Washington. After a long day of activities in Washington, they will fly back and arrive in Manchester at 11:00 p,m.

This is the first flight since the Pandemic affected flights and canceled several trips. Traditionally the veterans are honored by hundreds of people lining the airport terminal as they fly out of Manchester. The additional health safety requirements made the traditional send-off impossible so plans were modified.

Check out more about Honor Flight New England at https://honorflightnewengland.org/ 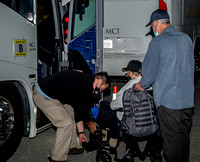 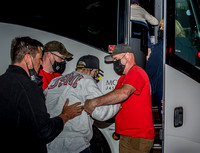 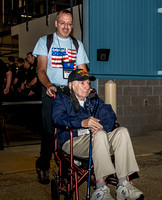 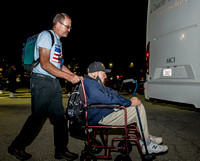 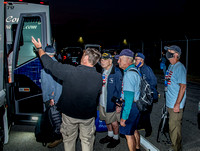 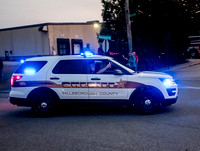