Members of Battalion 4 staffing Engine 2, Engine 3, Engine 1, Tanker 1, BC-4 along with a Windham Engine & Tanker were dispatched to the scene, at the time of the call Medic 3 was at the hospital leaving Ladder 2 unavailable.

At 12:05 Engine 2 reported a plume up visible from Route 102 and Lieutenant Camire ordered the “Working Fire” which brought C2 (Deputy Heinrich) along with a Derry Engine & Medic, a Pelham Tanker, a Hudson Tanker and the Haz Mat Rehab team to the scene.

Engine 2 arrived shortly to find a manufactured home with heavy fire showing from the A/D corner and initiated an aggressive interior attack. Engine 3 & Tanker 1 arrived and established a water supply and assisted with fire attack.

Battalion Chief Roger arrived to the scene and assumed command. Companies used multiple lines to have the bulk of the fire quickly knocked down but remained on scene chasing pockets of fire and overhauling.

LFD’s prevention officer unavailable a Manchester K Unit was requested to the scene to assist with fire investigation.

The cause and origin fire is under investigation. No one was injured at the fire scene. 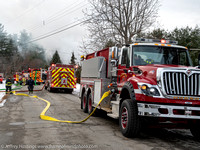 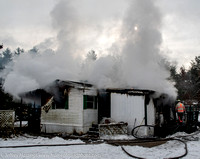 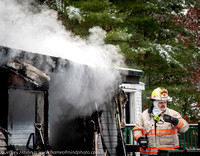 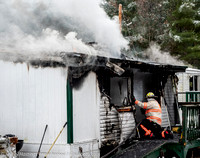 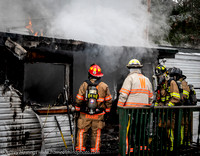 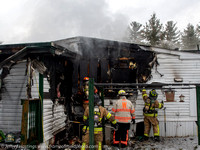 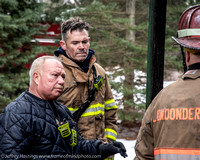 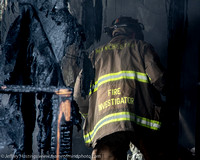 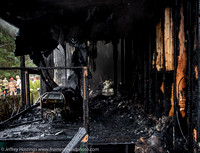 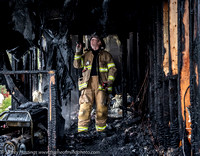 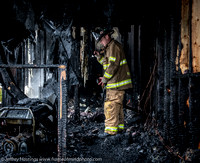 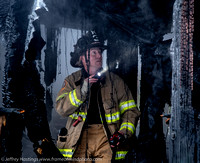 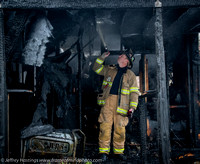 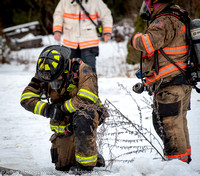