Four Manchester Fire Fighters were injured in a two-alarm fire in Manchester on Seventh Ave on Sunday December 9. 2018

MFD began receiving multiple reports at 1:03 pm for a house with heavy fire and smoke coming from it. When MFD arrived they had heavy fire in the rear of the house, stretched hoses up the long driveway and began to attack the fire.

A second-alarm was sounded and multiple ambulances from Manchester, Bedford, and Goffstown. Three fire fighters were taken by ambulance to the hospital. One fire fighter remained on scene continuing to work the fire.

The fire was brought under control at 1:48 PM and was a 2 alarm fire with two additional engines to the scene. Mutual aid covered the Manchester stations. 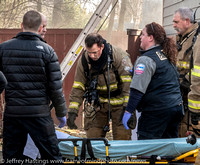 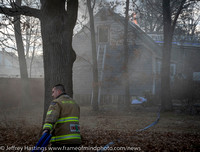 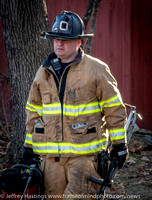