MFD Dispatch received multiple simultaneous 911 calls in addition to an automatic alarm indicating a fire at the Veranda restaurant (Old Chateau) at 201 Hanover Street location. Fire crews from cental station arrived 1 minute after dispatch and encountered the east side of the structure involved in fire. The adjoining 30 x 20 carport area was fully ablaze and the fire had begun to advance into the occupied restaurant. A coordinated attack by the arriving fire crews was carried out. The fire was attacked from two separate directions while additional crews searched and evacuated the restaurant. Additional crews provided suppression support in the form of ventilation.

A representative from the Manchester Health Department was summoned to the scene. They will work with the restaurant staff in regards to food safety.

According to District Chief Gamache the cause of the fire was determined to be accidental, the careless disposal of smoking materials. 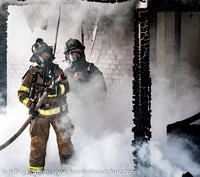 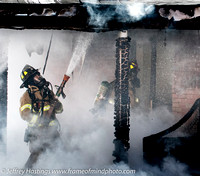 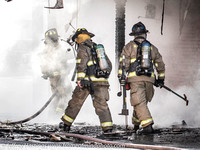 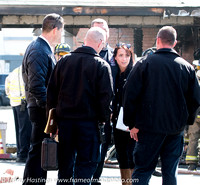 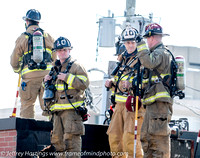