Companies were dispatched to 34 Elm St. at 15:19 for a reported building fire. First arriving companies were confronted with heavy fire on the south side porches that had extended into all three floors of the building.

A call for all off duty personnel to respond was requested at 15:36. Due to the fast moving fire conditions, all personnel were ordered out of the building and transitioned to a defensive mode.

The fire was brought under control at 17:21. All occupants had evacuated the building safely, one firefighter was treated at the scene and transported to the Elliot Hospital for a heat related issue. He was released later in the evening.

Red Cross requested to assist occupants, in all 4 adults and 2 children were displaced from the fire building along with 7 occupants of the exposure building. 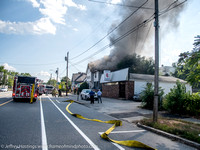 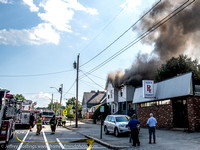 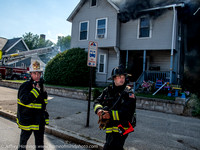 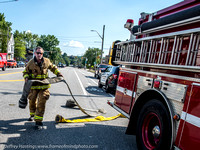 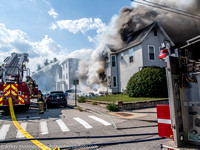 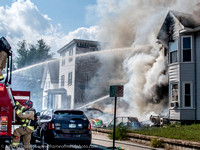 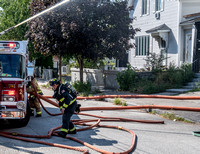 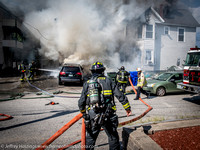 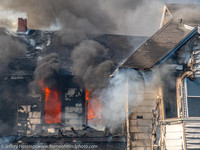 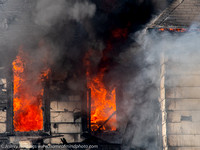 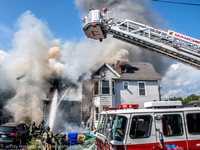