On July 18, 2022 Manchester Fire Department responded to a report of a fire alarm at a large commercial building on Elm Street on Monday.

When the first engine arrived they had a smoke condition on the first floor of the 4-story building. A working fire was requested by District Chief Beaudet bringing additional apparatus, and firefighters.

Firefighters made entry into Caesario’s restaurant where they found the sprinklers had activated, and there was a heavy smoke condition. Firefighters located the fire in the area of a shelf in the kitchen, and knocked down the fire quickly.

Firefighters evacuated several people from the apartment located above the restaurant, and some adjacent businesses.

As smoke continued to fill the restaurant a second alarm was called to bring addition personnel to assist with evacuations, and looking for any areas the fire may have extended to.

The fire was brought under control and smoke was ejected from the building using fans.

Elm Street was closed for about 1 hour between Mechanic St. and Lowell St. while hoses and apparatus blocked the street.

The cause of the fire is undetermined at this time, but does not appear to be suspicious according to District Chief Beaudet. Manchester Health Department was summoned to the scene to inspect potential issues to Caesario’s and adjacent restaurants.

AMR ambulance was on scene throughout the fire checking on firefighters for heat exhaustion. No firefighters or residents were transported from the scene. 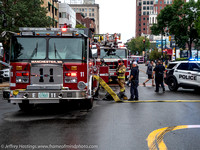 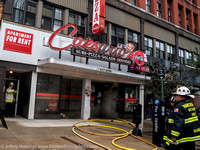 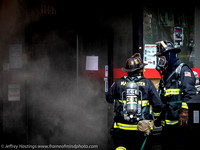 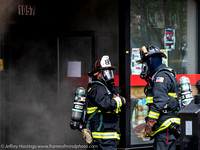 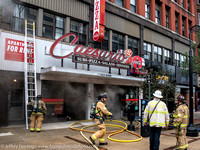 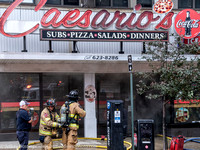 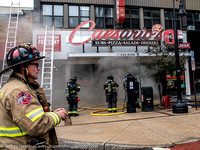 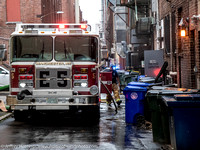 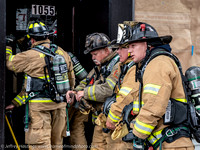 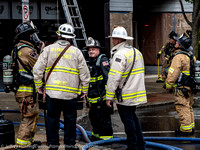 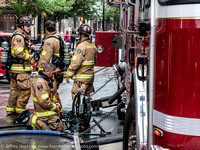 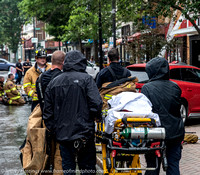 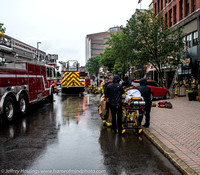 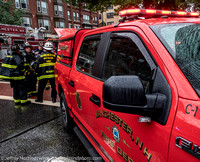 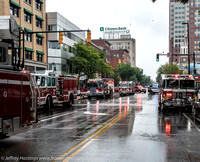 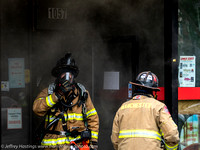 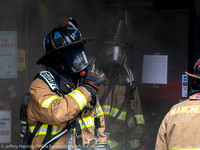