MANCHESTER, NH - On December 26, 2021 Manchester Fire and AMR ambulance responded to the report of a structure fire at 356 Whitney Avenue. While firefighters were en route dispatch advised that caller was reporting a fire in the basement that was extending to the house.

Engine 5 arrived at about 10:00 a.m. and had heavy fire coming from the basement windows of the ranch-style house with an attached garage. Firefighters worked to knock down the fire while other crews searched the building.

Firefighters made an aggressive attack on the fire and were able to bring it under control by 10:22 a.m. Crews ejected smoke from the house using fans and placed salvage tarps on the contents of the house.

Eversource was called to the scene to disconnect power to the residence. Manchester highway department applied salt and sand to assist in dealing with the freezing water on the roadway.

MFD Chief Robert Beaudet said this fire is classified as accidental caused by the improper disposal of smoking materials. No one was injured in the fire, and the residents will be displaced while repairs are made. 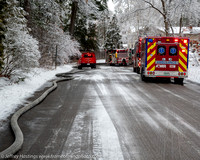 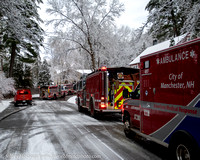 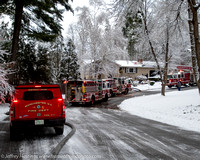 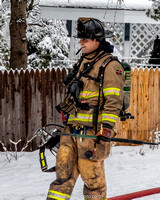 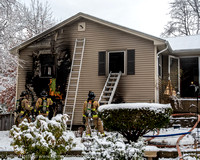 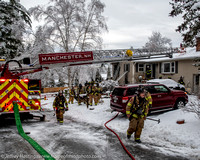 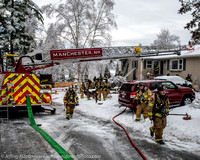 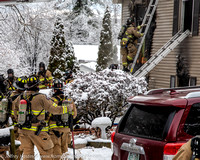 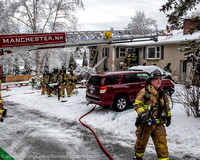 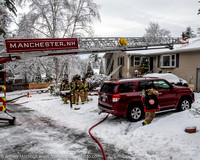 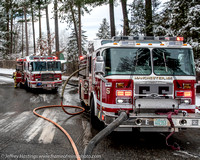 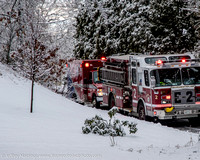 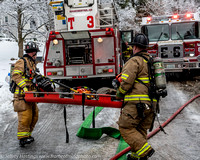 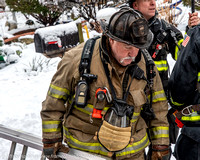 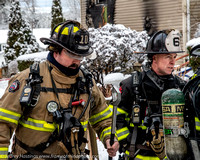