At 6:03 pm Manchester Fire was dispatched to a reported building Fire at 474 Spruce St. On arrival companies encountered heavy fire conditions on the 2nd and 3rd floor porches extending into the apartments of a 3 story 6 family occupied tenement building.

Firefighting efforts were hampered by burning power lines and a transformer explosion in the front of the building. First arriving fire companies were notified of an elderly couple occupying a third floor apartment.

Two fire companies initiated rescue operation to the third floor apartment via rear stairs and over ground ladders. Rescue efforts were hampered by heavy fire and high heat conditions on the upper floors.

Further information revealed that all occupants were accounted for and companies were redirected to defensive operations. Elevated master streams were directed on all sides of the building. After the fire was declared under control, firefighters were directed to perform extensive overhaul of the building. 10 people were displaced and are being assisted by the Red Cross. The building has extensive damage and might be considered a total loss.

There were no injuries to civilians or Firefighters. 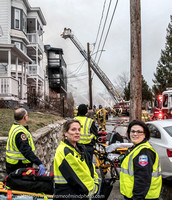 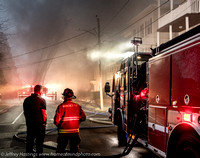 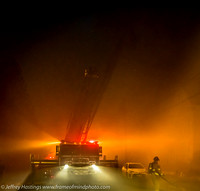 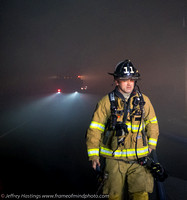 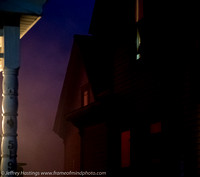 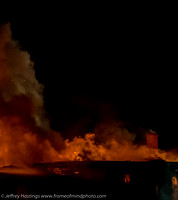