MFD responded to reports of a fire on the second floor of 265 Calef Rd. Reports were the sole occupant was out of the house but several pets remained inside.
MFD made entry fighting the fire and locating 2 cats and 1 dog all in distress.

Fire Fighters and AMR did CPR and provided oxygen to the animals and then in separate vehicles with lights and sirens rushed them to the Emergency Vet.

One cat survived, one is critical and the dog unfortunately did not survive. We will post video later but there is NO DOUBT these professionals worked on these animals as serious and intensely as any care they would give to a human.

They were clearly distraught they all didn't make it.

The house is significantly damaged on the second floor, the fire remained at 1 alarm and was quickly extinguished. The resident who was home at the time of the fire escaped with no injuries but was checked out at the scene.

MFD is investigating the cause.

Congratulations to all MFD and AMR who made an extraordinary effort to save lives. 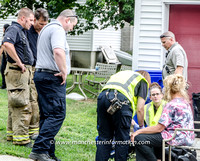 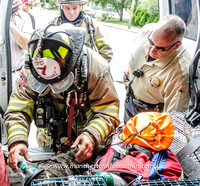 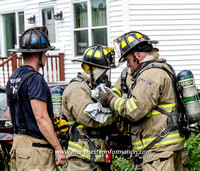 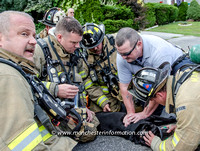 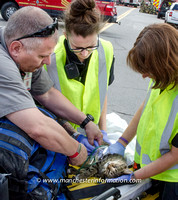