Manchester, NH - MFD responded to reports of a fire at 85 Dartmouth St. on 6:56 pm. In route they had smoke visible from more than 1 mile away, and had heavy fire on arrival. The fire had quickly spread to an adjacent car and had exposure on the left side and right side of the building.

MPD who had arrived first assisted 5 occupants and a dog in evacuating safely from the building.

Engine 6 was the first apparatus to arrive, followed by Truck 1. Immediately DC Poulin called for a second alarm.

Truck 1 and Truck 7 set up taking each side of the 2 story house.

MFD suppressed the fire and brought it under control at 8:16 pm. No firefighters or civilians were injured. First investigators determined the fire was accidental in nature, and was caused by careless disposal of smoking materials. 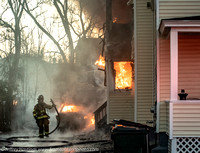 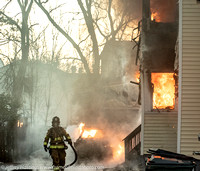 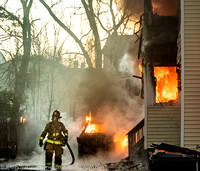 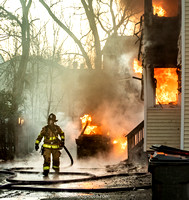 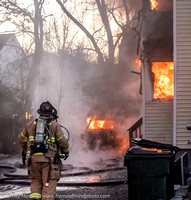 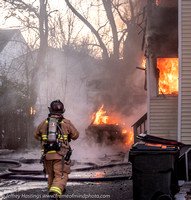 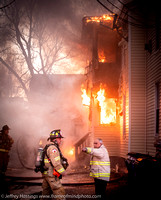 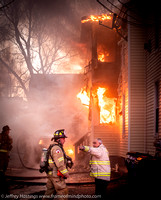 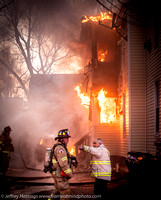