On June 7, 2016 fire crews responded in the middle of the night to a fire on Wilson St which took the lives of 4 people.

Today June 10, 2019 during daylight hours crews rushed to the scene of a fire at 210 Wilson St. Many Fire Fighters who had responded to the fatal fire in 2016.

On arrival they had fire and smoke showing on the second floor with multiple people who needed help being evacuated. MFD faced heat, fire, smoke, and many disabled people.

Also MFD is short a ladder truck so it took an additional 8 minutes for all the apparatus to arrive on the scene.

The fire was located on the second floor in an apartment. MFD extinguished the fire and opened the walls, floor and ceiling chasing fire which had extended.

MFD Fire Investigators after doing interviews with the occupants determined it to be accidental and caused by improper disposal of smoking material.

According to District Chief Michael Gamache no Fire Fighters or civilians were injured. 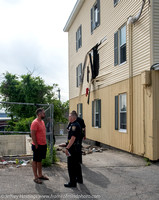 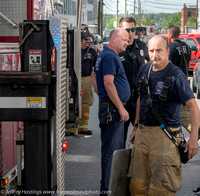 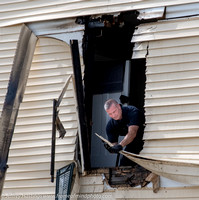