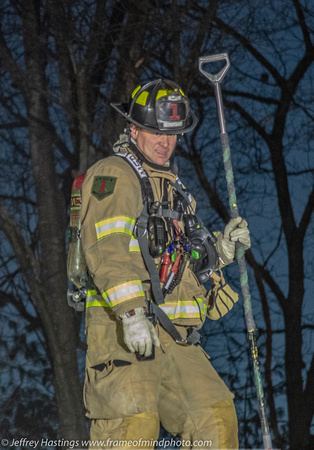 Building was searched and ventilated and turned over to the Fire Prevention Bureau for further investigation.Fire does not appear suspicious at his time. No injuries to civilians or firefighters.

Two adult occupants escaped and will be unable to inhabit the home for the immediate future.

According to MFD District Chief Brendan Burns occupants were awoken and alerted to the fire via smoke detectors throughout the home. DC Burns said we would like to remind residents to check their detectors and replace their batteries at least twice a year.