Wounded victims were scattered throughout the arena, Law Enforcement made entry neutralizing the shooter. Once the situation was safe members of Rescue Task Forces from various agencies brought victims to a triage area. MFD and AMR triaged the victims who were then transported to CMC and Elliot Hospitals who participated in the exercise. 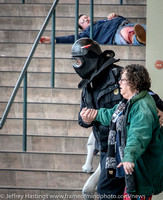 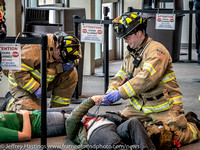 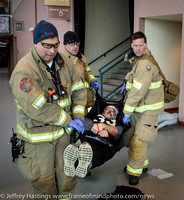 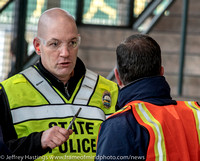