MFD responded to alarms sounding in the building at 557 Pine Street a multi apartment building. Upon arrival MFD was immediately notified of a fire on the third floor and went to a first alarm. They quickly located an adult female in the third floor apartment who suffered severe burns. MFD worked on the fire and also removing the woman from the apartment.

The woman was rushed to the Elliot Hospital with a request for DHART Medical helicopter. She was reported as having severe burns over 90% of her body. MFD went to a second alarm due to the size of the building and the number of occupants. The fire was brought under control in the 6 unit building. The South side of the building is a different address and the occupants were able to return to their apartments. 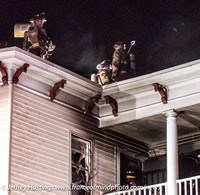 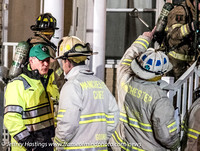