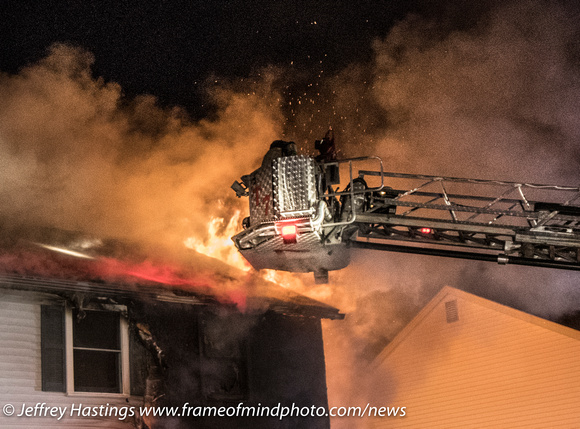 Manchester Fire Alarm received a call for a building fire at 79 Pullman Street by the occupant of the property. Upon arrival Engine 9 reported heavy fire from the garage area of a split level single family home with all occupants out of the house.

The fire consumed the garage and half the first floor and roof section of the home.

Although the two occupants got out safely three cats perished in the fire. The home suffered intense heat and smoke damage.

Due to the location of Pullman Drive being a significant distance from the closest fire station it took nearly 9 minutes for the first engine to get on scene. The first engine arriving was engine 9 from Calef Rd, and the second engine was engine 3 from So Willow.
© Jeffrey Hastings / Frame of Mind Photo
User Agreement
Cancel
Continue