On Saturday, December 3rd, 2016, at approximately 4:25 AM, TFC. F. Campo of the New Hampshire State Police Troop B barracks in Bedford, NH responded to a motor vehicle crash and fire just south of exit 10 on the Everett Turnpike southbound in Merrimack NH. Merrimack Police, Fire, and EMS also responded to assist on scene.
While on scene TFC. F. Campo observed a Toyota Camry in the wood line fully engulfed in flames. The driver was removed from the vehicle with assistance from motorists who stopped to help. Fire and EMS had immediately started to render first aid to the driver. The driver was identified as:
Dakota Willette
23 years old
Burlington, Massachusetts.
WILLETTE was flown by a medical helicopter from the scene to a Boston area hospital for injuries suffered from the crash and fire. The preliminary investigation indicates WILLETTE lost control of the vehicle and struck trees off the right side of the Everett Turnpike, however the incident remains under investigation. The turnpike was closed in the immediate area for approximately 25 minutes to allow the helicopter to land.
Assisting New Hampshire Troopers from Troop B were members of the Merrimack Police and Fire Departments.
Anyone with information pertaining to this incident, or knowledge of the good Samaritans who stopped to help WILLETTE, is encouraged to contact TFC. F. Campo at the New Hampshire State Police – Troop B Barracks at 603-223-8492. 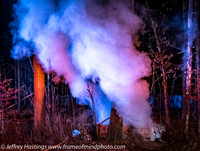 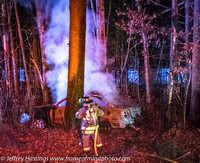 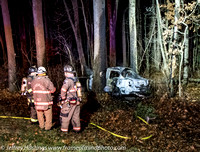 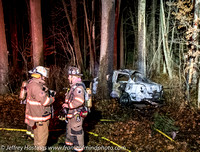