Police and firefighters arrived at the scene at about 8:45 p,m. and found one vehicle with heavy damage, and a male trapped inside. The second vehicle had minor damage and everyone was out of the vehicle.

Back River Road was shut down, and firefighters began working on extricating the person. Firefighters used jaws of life, cutting tools and other hydraulic tools in an effort to remove the person from the car.

A Merrimack Paramedic at the scene administered treatment to the person while he was still trapped, and firefighters continued to work on cutting the roof off the vehicle to access the patient. Merrimack firefighters requested a trauma alert was requested at the Elliot Hospital for a male with serious lower extremity injuries.

After about 40 minutes the victim was removed from the car and transported to the hospital. A second person was also transported from the scene with what appeared to be minor injuries.

The accident is being investigated by Merrimack Police, and no information on names or ages of the victim are available at this time. 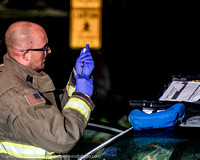 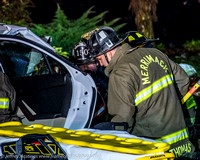 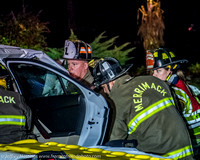 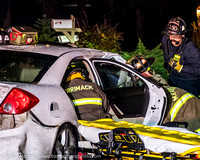 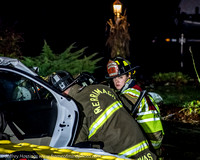 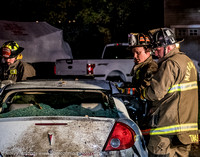 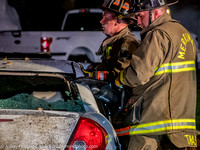 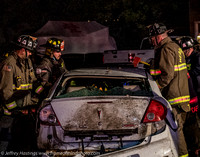 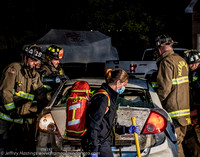 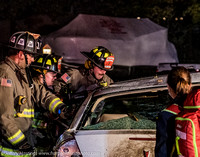 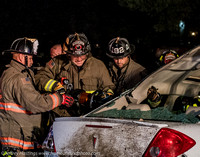 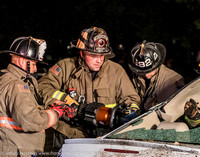 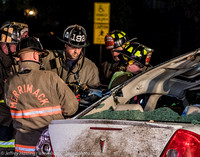 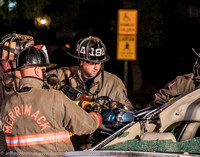 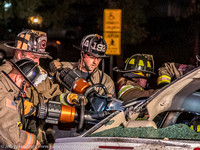 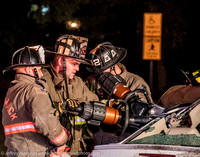