Merrimack Fire responded to a reported Chimney fire at 3 Foster Rd on 2/10/19 at 9:35 am. On arrival they had smoke coming from the chimney, and wall adjacent to the chimney and called for a working fire.
Crews opened the interior and exterior wall finding fire which had extended from the fire place into the wall. Crews used extinguishers to reduce the amount of water damage.
MFR extended ladder 1 to the chimney and using the chains found areas of the chimney which were blocked.
The house had fire and smoke damage, and the chimney had visible structural issues which most likely were present prior to the fire.
©Jeffrey Hastings www.frameofmindphoto.com/news 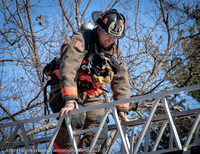 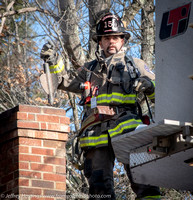 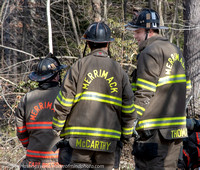 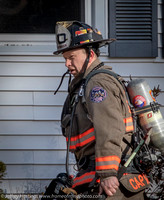 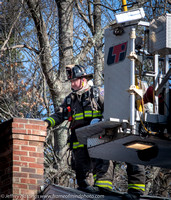 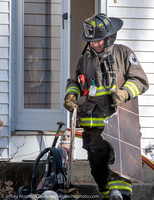 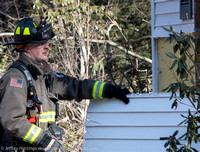