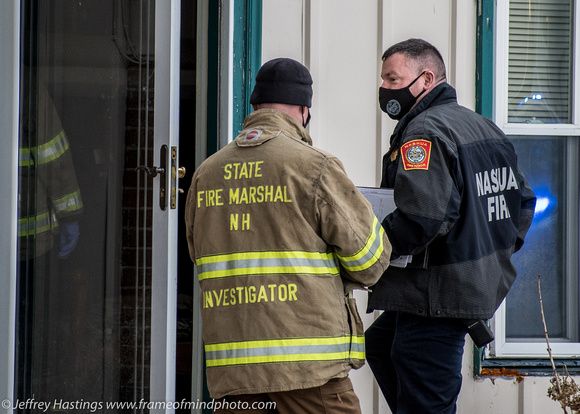 NASHUA, NH — Nashua fire, police, and AMR responded to Burgess Street on Sunday for a report of a shooting and fire in a single-family home.

Upon arrival, Nashua fire teams were advised of a potential barricaded subject so they staged away from the house so that police could make entry into the house and investigate the matter. Police entered the home while smoke was showing from the second floor. Nashua firefighter took precautionary steps and shut off the gas line to the house, and had hose lines charged and ready to go.

Officers searched the house and found a deceased man on the second floor and a small fire in a bedroom.

Police and firefighters remain on the scene. The Nashua Fire Marshal is responding to investigate the incident in conjunction with the police.

Based on radio traffic, it appears the other person home at the time escaped safely. The shooting, at this time, appears that it is being investigated as a self-inflicted shooting incident.

A free, 24/7 confidential service is available that can provide people in suicidal crisis or emotional distress, or those around them, with support, information, and local resources. Call the National Suicide Prevention Lifeline 1-800-273-TALK (8255).