Mont Vernon - Fire Fighters were dispatched to 7 Lovell Way for what was described as a active building fire. On arrival they had heavy fire and smoke showing, all occupants were out of the house. An immediate second alarm was called and a third alarm bringing mutual aid from several towns.

Fire crews were affected by the very cold temperatures and the need to bring water from a very long distance. The house also sits on the end of a road giving very little room for apparatus. After approx 2 hours the under control was given. The home owners looked on as crews saved part of the house.

To the best of our knowledge there were no injuries to civilians or Fire Fighters. 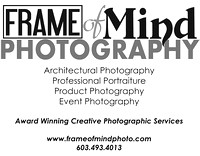 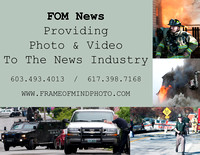 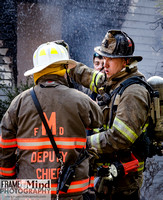 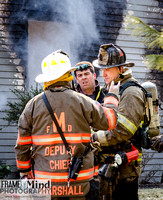