Erik W. Burke
Erik is 27 years old. He was born in Newburyport, Mass., but has been a Manchester resident since childhood and is a graduate of Manchester Memorial High School, class of 2010.
Erik earned an Associate of Arts degree in Criminal Justice from Liberty University in 2017.
Erik has most recently been employed with Reeds Ferry Sheds in Hudson, NH.

Eric A. Cooper
Eric is 25 years old. He was raised in Bedford, N.H., and is a graduate of Bedford High School, class of 2012. He earned a Bachelor of Science degree in Justice Studies, with minors in Sociology and Psychology, from Southern NH University in 2015.
Eric is a graduate of the 174th N.H. Police Academy and most recently has been employed as a Hillsborough County Deputy Sheriff.
Eric currently resides in Manchester.
Zeb J. Dawson
Zeb is 25 years old. He was born in Rome, N.Y., but due to his father’s military service, Zeb’s family spent a good portion of time in North Dakota. Zeb is a graduate of Des Lacs-Burlington High School in Des Lacs, North Dakota, class of 2012. He earned a Bachelor of Arts degree in Political Science from the University of Minnesota in 2016.
While in college, Zeb entered into the ROTC program in 2014. Upon completion of his training he was commissioned a 2nd Lieutenant in the Army National Guard. He was recently reassigned to the 172nd Cavalry Battalion in Newport, Vermont.
Zeb has most recently been employed as a police officer with the Minneapolis Police Department.
Zeb currently resides in Manchester.
Joseph A. Esposito
Joseph is 24 years old. He was born in New Jersey and spent his years growing up in Florham Park and Hackettstown, NJ. He is a graduate of Hanover Park High School in East Hanover, NJ, class of 2013.
Joseph earned a Bachelor of Science degree in Physical Education from Plymouth State University in 2018.
Through his four years of college, Joseph assisted at athletic events at Plymouth State University, and during his summers worked as a youth camp counselor, most recently with Lifetime Fitness in New Jersey.

Christopher M. George
Christopher is 35 years old. He was raised in and currently resides in Methuen, Massachusetts. Christopher is a graduate of Central Catholic High School, in Lawrence, Massachusetts, class of 2003. He earned a Bachelor of Science degree in Criminal Justice, with dual minors of Psychology and Military Science, from Roger Williams University in 2007.
Christopher was involved in the ROTC program while in college, and upon graduating he enlisted in the U. S. Army and served his country for 11 years before his honorable discharge at the rank of Major, in June of 2018. Over the course of his military service he was assigned to many different bases and responsibilities. His last position was as team leader for a POW/MIA accounting agency and was tasked with leading specialized missions to locate unaccounted for military personnel in past conflicts.
Christopher currently resides in Methuen, Massachusetts.
Kevin J. Lally
Kevin is 34 years old. He grew up in New Jersey and is a graduate of Triton Regional High School, in Runnemede, New Jersey – class of 2003. Kevin earned a Bachelor of Arts degree in Criminal Justice in 2008 from Temple University in Philadelphia, Pennsylvania.
Kevin is a certified officer who started his law enforcement career in 2007 serving as a police officer with the Magnolia, NJ, Police Department. Since 2008, he has served with the Metropolitan Police Department in Washington, D.C., where he was assigned full-time as a Tactical Officer on the S.W.A.T. team.
Kevin has most recently resided in Alexandria, Virginia.
Caitlin K. Murphy
Caitlin is 31 years old. She grew up in Dunstable, Mass. and is a graduate of Groton-Dunstable Regional High School – class of 2005. Caitlin earned a Bachelor of Arts degree in Psychology with a minor in Sociology in 2009 from Southern N.H. University in Hooksett, N.H. and went on to attain a Master of Arts degree in Forensic and Counseling Psychology in 2014 from William James College, in Newton, Mass.
Caitlin has held past positions of Correction Officer in several county jails in Mass. but has most recently been employed at Community Healthlink, in Leominster, Mass., as an Substance Abuse Counselor.
Caitlin currently resides in Waltham, Mass.
Dylan C. Naylor
Dylan is 22 years old. He grew up in Concord, N.H. and is a graduate of Concord High School – class of 2014. Dylan earned a Bachelor of Science degree in Business Administration / Management from the University of N.H. in Durham, in 2018.
Since 2016, Dylan has served with the U.S. Marine Corps Reserves as an Infantry Assaultman. He has also most recently been employed with DHL in Bow, NH.
Dylan currently resides in Concord, N.H. 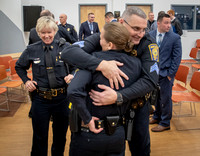 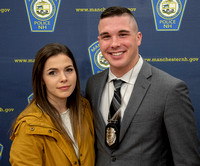 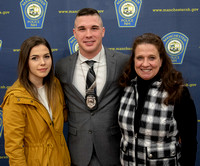 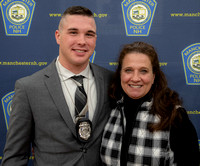