Today's activity in Manchester. Great job by Manchester NH Police AMR of Manchester and City of Manchester, NH Fire Department
MPD, MFD, AMR, received a call for a shooting victim on Beech Street in the area of Central High. Central went into lockdown while all agencies looked for the victim. No victim was located and MFD/AMR cleared.
An additional call came in for a shooting victim in the 200 block of Central Street a short time later. MFD/AMR/MPD located a victim who sustained a gun shot wound and was transported to the Elliot with a non-life-threatening injury.
MPD learned the name of the potential suspect and deployed SWAT to a boarding house at 270 Amherst Street to search for the suspect. The suspect was not located, a BOLO was put out to area agencies for a male born in 1982 who was wanted in connection with the incident.
©Jeffrey Hastings/www.frameofmindphoto.com 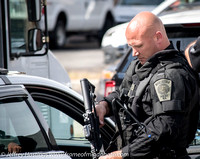 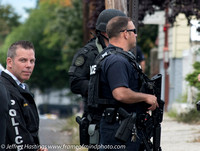 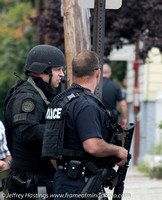 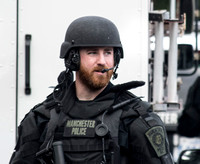 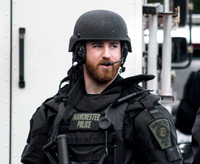 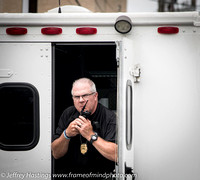