Manchester, NH - On September 7, 2018 MFD, AMR and MPD responded to the report of a male who was suffering from a gunshot wound at the corner of Lincoln and Hanover.

MPD worked to secure the area as the shooter had fled the scene at the busy intersection. AMR and MFD worked the patient and transported him to Elliot Hospital with critical injuries. The victim later succumbed to the injuries.

MPD gathering information on the suspect which led them to a multi-apartment building at Hanover and Maple St. A perimeter was set up and SWAT and other MPD officers worked the scene to search the building for the suspect.

It was determined later the suspect was not in the house and it appears to have fled the area.

Central Highschool was placed in Secure Campus mode, and the students were released to waiting busses at 8:00 PM and transported to Hillside Middle School. 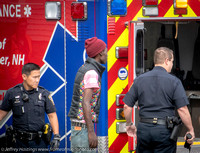 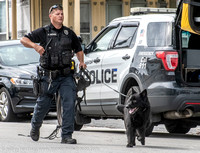 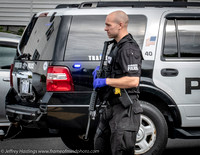 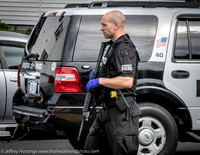 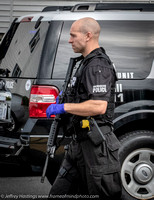 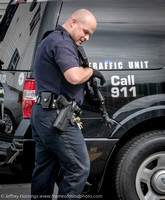