Nashua, NH - A Nashua Police officer on patrol found smoke coming from 58 Elm Street a large commercial structure known as the Mulberry Building. Nashua Fire was notified at 2:20 am and on arrival had fire inside the back corner of the large structure. The second alarm was requested at 2:37 am.
Fire crews were hampered due to the dangerous structural deterioration inside the building. NFR reported several holes in the floors on the second story of the building. Although there was a sprinkler system in the building it was not in working condition.
One Fire Fighter was transported by AMR ambulance from the scene with unknown injuries according to Chief Rhodes of NFR.
The fire was brought under control at 3:25 am. The NH State Fire Marshals office was requested to the scene with investigators requested to bring an accelerant detecting dog. Nashua Fire, NH State Fire Marshal, and NPD are investigating the incident. The building was reported to be an unoccupied structure, and the gas had been shut off previously. 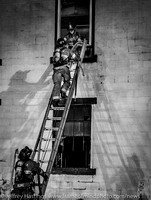 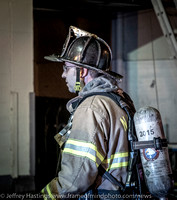 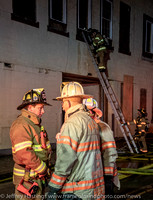 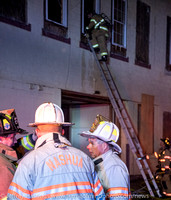 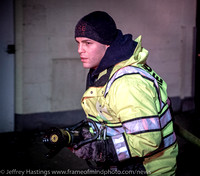