Nashua Fire Rescue responded to calls of smoke coming from 6 Harris St, a single family home. On arrival they had fire and smoke showing from the basement of the 1.5 story house, and were met by a resident stating no one was in the house.

NFR entered the basement knocking heavy fire down, and ventilating the remaining part of the house. NFR rescued a dog, and hamster bringing it to AMR Medics to begin CPR and applying 02. The animals were not able to be revived.

No one was home at the time of the fire, and the smoke was noticed by a mailman on his route.

The fire is under investigation by NFR Fire Marshal but appears to be non-suspicious.

The house is unable to be reoccupied due to the damage from fire, smoke and water.

Deputy Chief Kerrigan had command of the fire. 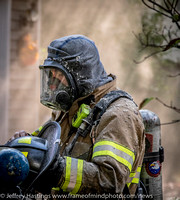 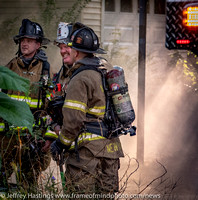 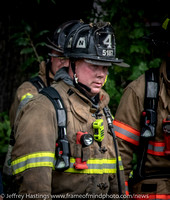 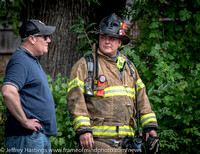 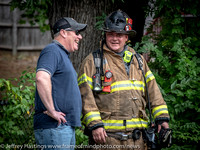