Nashua Fire Rescue was dispatched for a reported building fire at 38 Royal Crest Dr. Fire was reported to be visible in a ground floor apartment. Engines 3, 2, 1, Ladder 3 and the Deputy Chief responded to the incident.
Nashua Fire Rescue arrived to locate a fire in a ground floor apartment of a 3 story garden style apartment building. A working fire was requested summoning Engine 4 and Ladder 2 to the scene. NPD was requested to block entrances to the apartment complex to allow for fire apparatus placement.
Ladder 3 forced entry into the fire apartment and quickly knocked down visible fire in a living room with a portable fire extinguisher. Searches of the apartment proved no one to be inside the apartment at that time. There was no fire extension beyond the area of origin. Companies searched the remainder of the building and no other residents were found to be in the building.
The fire was placed under control 17 minutes after initial dispatch (dispatched at 17:16, under control at 17:33). 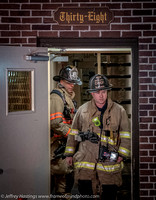 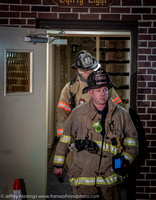 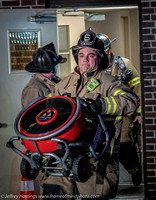 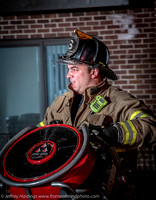