Nashua Fire Rescue received a report of building fire with an occupant believed trapped at the 19 Searles Rd at 8:02 am on October 14, 2017. Engine 3, Ladder 3, Engine 6, and the Deputy Chief were initially dispatched to the incident. Engine 1 was dispatched as the Rapid Intervention Team (RIT) for fire fighter safety.

Engine 3 arrived with heavy smoke showing from a split level single family residence. The officer of Engine 3 was met with an occupant reporting a person trapped in a front bedroom. Engine 3 declared a “working fire” and Engine 2 and Ladder 2 were dispatched to the scene. Engine 3’s crew immediately made entry to the home for search and rescue of the area of the reported trapped occupant while simultaneously stretching a hose line to attack the fire. Ladder 3 arrived and ventilated the building via removal of all windows and also began a search of the building. Engine 6 arrived and the driver assisted Engine 3 in establishing a water supply from a nearby hydrant while the crew stretched a second hose line to knock down heavy fire from a three season porch area on the second level of the home.

Engine 2 and Ladder 2 arrived and assisted with search, ventilation, and fire extinguishment.

The bulk of the fire was extinguished and the incident under control in 14 minutes. All searches were negative and the occupant in question was soon located outside the home. No occupants or members of Nashua Fire Rescue were injured during the incident.

AMR ambulance stood by as a precaution. 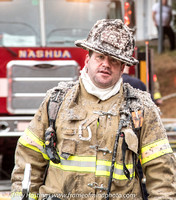 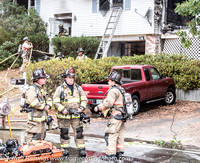 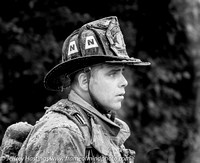 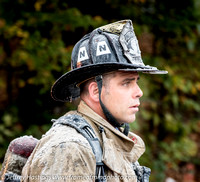 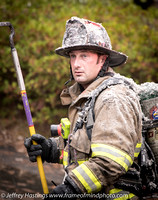 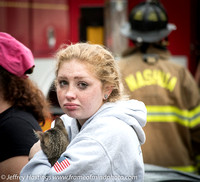 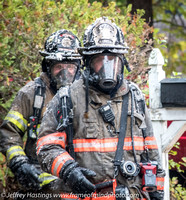 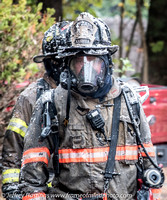 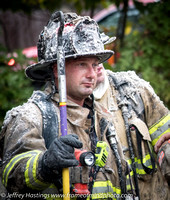