On Wednesday, January 29, 2020, at 1:15pm, the Bow Police Department received a call for a home invasion on Woodhill Hooksett Road in Bow, NH.
When a male resident of the property went into the residence after being outside, he observed items out of place and someone had forced entry into the home. A short time later he was confronted by two armed black males in his bedroom. The male resident was assaulted. The two males are believed to have run to a vehicle in the driveway where a third black male was waiting.
At this time, the suspect vehicle is believed to be a white, Chevy Malibu or Cobalt, with Massachusetts license plates. Some distinctive features of the vehicle include black rims and a blue Bernie Sanders sticker on the trunk.
The victim received minor injuries and was medically cleared by the Bow Fire Department. A reverse 9-1-1 call was sent out to area residents requesting to shelter in place while police made sure the scene was safe. A search of the residence and immediate area ensured the suspects were no longer a threat.
Bow Police Detectives remain at the property processing the scene. They request any homeowners in the immediate area check surveillance cameras for a vehicle matching the description and to contact Det. Tyler Coady or Lt. Stacey Blanchette at (603) 223-3950 or the Concord Regional Crimeline (603) 226-3100. Concord Regional Crimeline offers cash rewards up to $1000 to people who provide information that leads to an arrest, the recovery of stolen property, or the seizure of illegal drugs. Callers to Crimeline can remain anonymous.
The Bow Police Department was assisted on scene by the New Hampshire State Police, Hooksett Police Department, Dunbarton Police Department, Bradford Police Department, and the Merrimack County Sheriff’s Department.
©Jeffrey Hastings www.frameofmindphoto.com/news 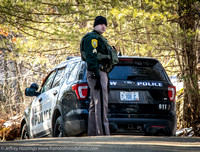 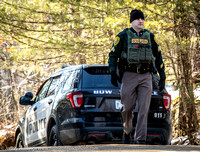 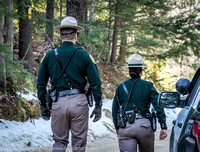 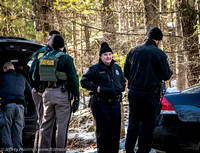 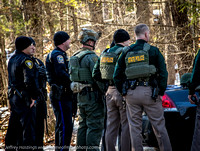