On Tuesday morning, October 18th, at approximately 8:20 a.m. Sergeant Scott Gallagher of the Candia Police Department was dispatched to 584 North Road for a report of a despondent female identified as,

Upon his arrival Sergeant Gallagher spoke with the husband on the front lawn and he learned that Deslongchamps was inside the residence with a handgun along with her 12 yr old daughter, refusing to come out. While Sgt Gallagher was assessing the situation, a lone gunshot was heard inside the residence. Surrounding police agencies from Auburn, Deerfield and State Police Troop-A and Troop-B responded to assist while negotiations began via cell phone with Deslonchamps. A perimeter was quickly established and the roadway was cordoned off in the immediate area to protect the public.

At approximately 11:30 a.m. Deslongchamps exited the residence on her own while maintaining communication with a crises negotiation team member, resulting in her being taken into custody by perimeter SWAT team members without incident.

Deslongchamps is facing several charges to include Reckless Conduct, False Imprisonment, both felonies and Endangering the Welfare of a Child, misdemeanor. Deslongchamps is currently being held without bail. She is also receiving a mental health evaluation. She is expected to be held at the Rockingham County Jail where she will be video arraigned tomorrow at the 10th Circuit Court, Candia District. There is no booking photo available. 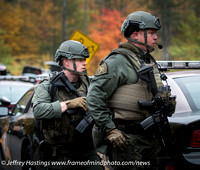 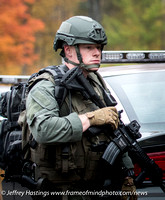 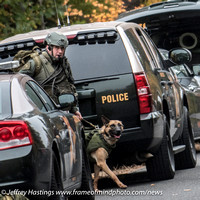