Nashua, NH - NHSP Major Crimes, and Nashua Police Detectives were on scene on Hunt St investigating what the NH AG described as an office involved shooting that occurred.

NPD arrived on scene at approx 10:30 pm on September 19, 2019 to a man barricaded inside a duplex. SWAT was dispatched to the scene and engaged in an overnight stand-off. Early in the morning the suspect was transported from the scene with a gunshot wound which appeared to not be life-threatening.

NHSP Major Crimes was called to the scene to investigate the shooting in conjunction with the NH Attorney Generals Office, and Nashua Police Detectives 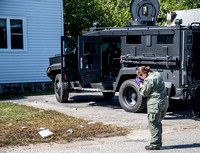 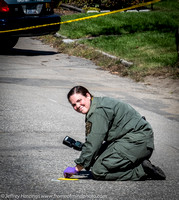 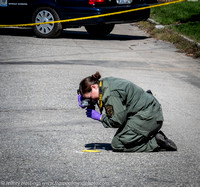 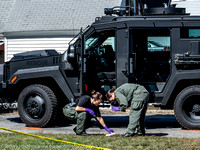