NH State Police promoted several Troopers on September 23, 2017 at a ceremony held at the NH Police Academy in Concord, NH. The promotions ranged from those being promoted to Trooper 1 to Major. The effective dates of the promotions have occurred during the last year, the ceremony allowed those promoted to be publicly recognized. The event was attended by several dignitaries, and family members.
The ceremony also included promotions for NH Marine Patrol members who are under the command of the NH Department of Safety.
©Jeffrey Hastings/www.frameofmindphoto.com 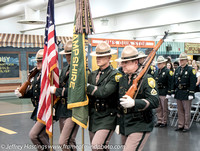 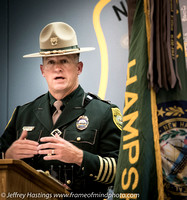 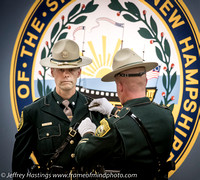 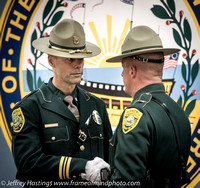