MPD attempted to serve a warrant on a suspect (White T-shirt in photos) at a house on the NE corner of Auburn and Maple St. The suspect refused to come out, MPD evacuated the other people from the building safely and negotiated for the suspect to come out at peacefully and he was taken in custody at gun point.

During the incident two people in the area refused to listen to repeated commands from MPD and were arrested for disorderly conduct. 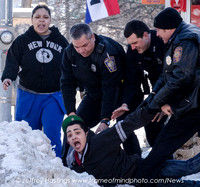 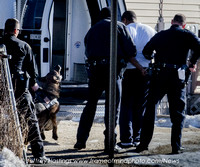 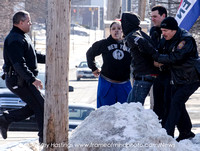 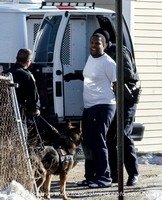 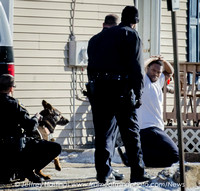 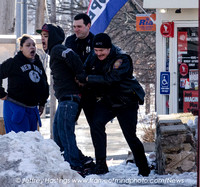 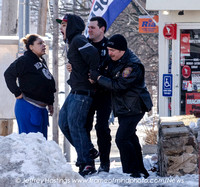 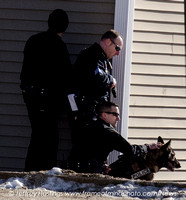 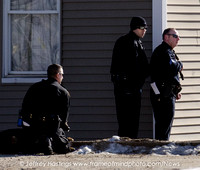 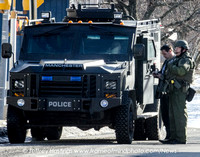 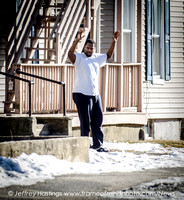