The New Boston Fire and Police Departments received a 9-1-1 call for an explosion at a residence on Foxberry Drive on September 19, 2017 at approximately 10:30 a.m. Upon arrival of police and fire department personnel, the building had already experienced a partial building collapse and heavy fire conditions were rapidly spreading throughout the remaining building. The house was under construction at the time of the explosion, but was listed for sale. One person, a painter who was working inside the house at the time of the incident, has died as a result of the injuries he sustained during the collapse and fire. The victim has been identified as Antonio De Souza, age 46 of Nashua, NH.

This incident was investigated by the New Hampshire State Fire Marshal’s Office with assistance from the New Boston Fire Department and New Boston Police Department. As a result of the scene examination, the cause of the explosion was confirmed to be caused by propane gas that originated from within the structure. Early media reports of a “propane tank” explosion are not accurate. This investigation continues, but the cause of the incident appears accidental in nature.

Any further inquiries can be directed to the NH State Fire Marshal’s Office – Bureau of Investigations, Investigator Shana Clark at (603) 223-4289. 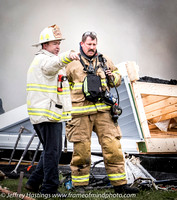 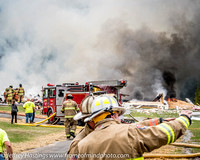 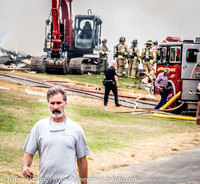