The fire department was asked to stage away from the scene with dispatch indicating a man was in possession of a knife and attempting to stab the victim again. Police arrived at the scene and reported a man detained and cleared fire and EMS to come into the single-family home just before noon.

One person was transported by Bow fire and EMS personnel to Concord Hospital with serious injuries. The age and sex of the victim were unknown at post time.

Several Bow officers and troopers worked to isolate people being removed from the house into nearby vehicles. A trooper was seen removing a portable infant carrier from the house and securing it with an infant in the backseat of a cruiser. Police detained a man and a radio broadcast indicated a person had warrants from two different counties. When additional Bow cruisers arrived, a man was transferred from one cruiser to another, was in handcuffs, and searched before being placed in another cruiser.

It is unknown if this is the man who had warrants or was detained for the stabbing.

Several people from the house came to a snow-covered car in the driveway. The people placed a dog in the vehicle, cleared the snow off, and were escorted from the scene by a Bow cruiser and state police cruiser.

The home was surrounded by Bow and state police cruisers. At post time, troopers indicated they would be assisting Bow police with the investigation. 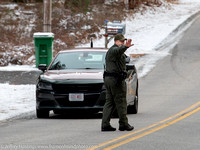 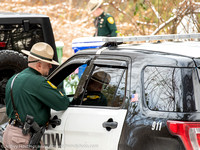 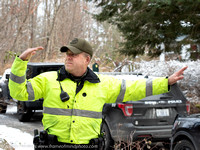 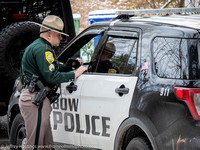 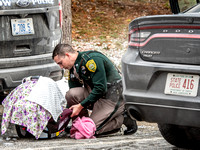 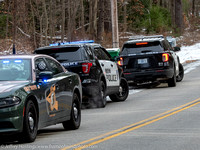 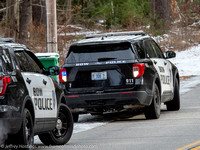 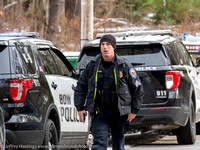 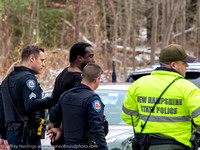 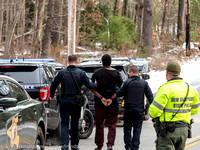 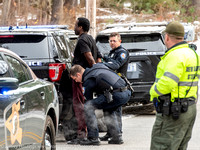 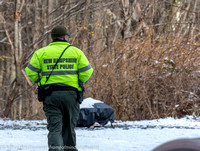 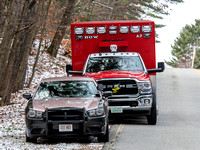 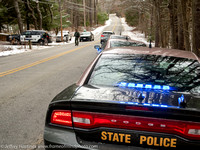