HUDSON, NH — Multiple calls came in to 911 for a fire at a Webster Street business in Hudson at 12:30 p.m. on July 8.
When firefighters arrived, a car, which was on an automotive lift in a commercial garage, was fully engulfed in fire, and spreading to the rest of the building. Hudson firefighters requested a second alarm bringing mutual aid apparatus from several cities and towns.
Firefighter quickly determined all occupants of the building had safely made it out of the building. A Hudson ladder truck was set up to cut ventilation holes in the roof while firefighters worked to knock down the fire inside the building.
The extreme heat and humidity combined with the intensity of the fire made it extremely hard on the firefighters. After the bulk of the fire was extinguished firefighters were rotated out with other crews so the original crew could hydrate.
The business sustained significant damage, according to Hudson Fire a occupant had 2nd degree burns, and was treated at the scene and released
The fire is under investigation by the Hudson Fire Department. 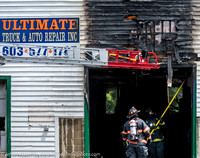 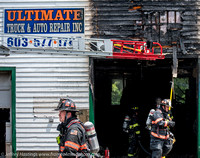 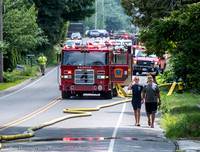 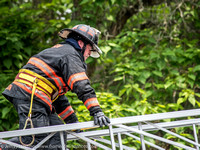 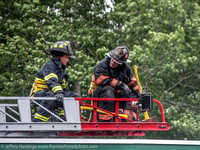 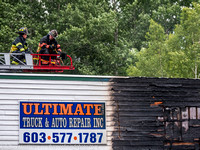 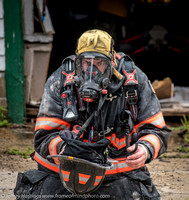