Manchester, NH - On May 13, 2021 Manchester Fire were dispatched to 667 Corning Road At 11:39 a.m. when a visitor in the building smelled something burning and could hear smoke detectors sounding in an apartment.

MFD District Chief Jonathan Starr said the residence is a three story, garden style apartment building. Upon arrival, Engine 8 confirmed an odor of smoke and located the fire in a second floor apartment. A single line was used to contain and extinguish the blaze which was brought under control at 12:05 p.m.

Several residents of the building required assistance from arriving firefighters to evacuate the building. Two apartments were deemed uninhabitable when the property was released back to its owners, displacing three tenants.

The cause appears to be combustibles located too closely to a heat lamp used in a pet habitat.

No injuries to residents or fire service personnel were reported. A pet snake and a pet cat perished in the fire. 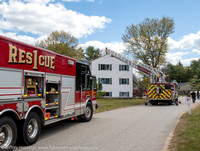 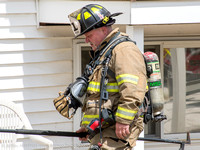 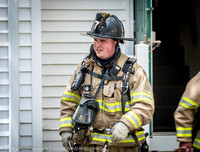