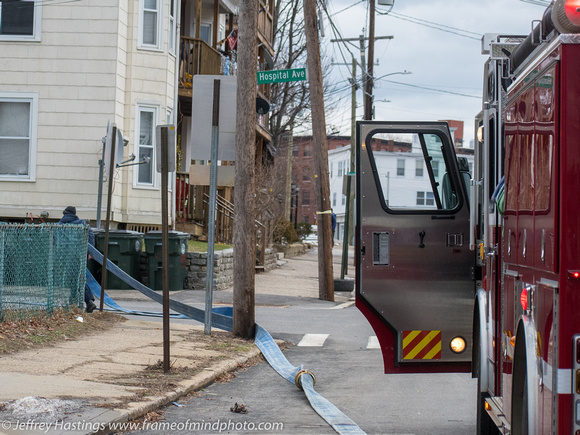 Several units had been deployed for an ice rescue and were just clearing that call, and responded to the fire.

When the first crews arrived they had smoke showing from the rear of a multi-family building, and people in the building were being evacuated.

Truck 7 set up in front of the house while crews ran hose lines to the rear of the house and inside the first floor.

The fire was knocked down, and the wall was opened up to expose the remaining fire. The floor of the porch which also was on fire was removed.

Everyone safely made it out of the building and no firefighters were injured. One occupant was evaluated by AMR crews but did not require transport.

The fire was started accidentally when some items burning in the backyard spread to the exterior wall of the house.